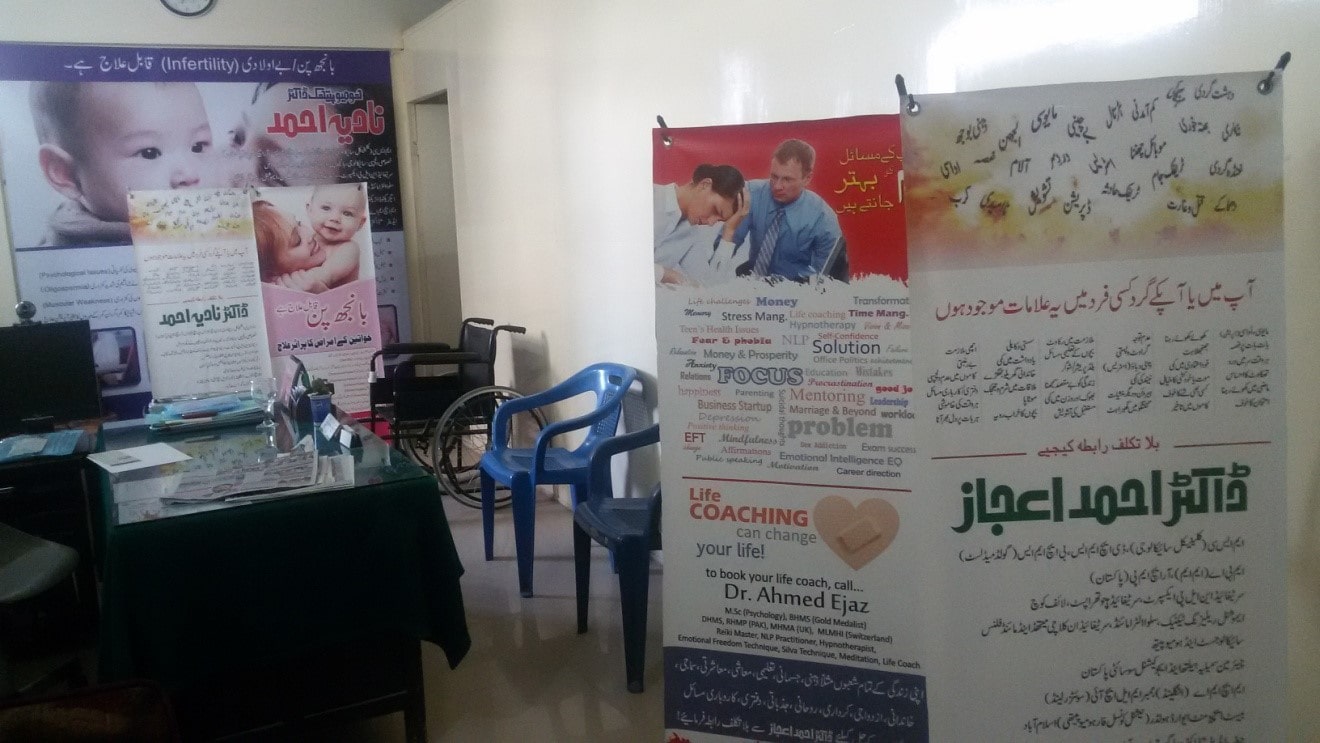 Patient’s name: Sakeena Bibi
Age: 70 Years
It is a case of October 2008, just a few months after the earthquake; a young boy entered the clinic and said that my mother has a problem of goiter since 3 years. She herself starts laughing while talking and cries without any reason. Doctor advised the operation of goiter and has given anti-depressants but all in vain. Now these medicines are not working. Obligingly give some of your time for examining her so that we can bring her to you.
Appointment was settled on next evening. When the lady came she herself started laughing and after some time she started crying. In symptoms the major one was that her son’s marriage was against her will and she disliked her daughter-in-law as well the in-laws. She couldn’t express annoyance openly and just after that she suffered from goiter. She liked to laugh out louder. Following the symptoms’ a single dose of similar remedy was given at that moment in clinic. Some another medicine was prescribed for 10 days. After 7 days, she again visited the clinic and her goiter vanished and she was holding her grandson. This miracle can only occur by homeopathy that it alters the behavior, likes and dislikes. Man is crown of creation and assistant and there is no such disease whose treatment is not possible by Homeopathy. One moment of joy is enough but people don’t know how to live.